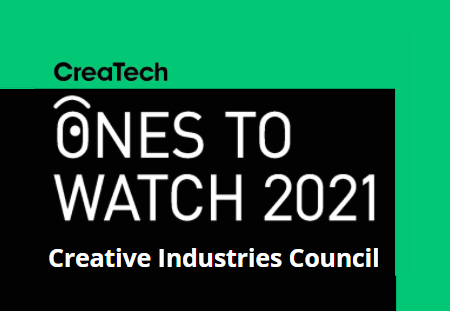 nDreams mission is to be the world leader in VR games development and publishing. The company has four key pillars that its game studios are focussed around – quality, innovation, IP and culture. Innovation has been front and foremost since the company started trading in 2006. Its pre-VR work in virtual worlds and Alternate Reality Games reached millions of players and proves a solid history of working on the cutting edge of technology and game development. In 2013 CEO, Patrick O’Luanaigh, had the foresight to pivot the business to focus exclusively on VR when the tech was still in its infancy. nDreams is now recognised as a world leading studio, developing major VR games for key partners including Facebook/Oculus, Sony, Microsoft and Google, as well as for leading global game publishers, such as Ubisoft, and entertainment giants.
Within the pioneering space of VR, nDreams stands out for originality and innovation. The majority of games developed are created and owned by nDreams as owned, original IP is core to the business. Recently released title Phantom: Covert Ops, is a #1 selling title, winning numerous awards including the prestigious Game Critics’ award for best VR/AR game at E3 2019, the industry’s largest event. The studios next title Fracked, is highly anticipated and being developed exclusively for PlayStation VR. Whilst not an original IP, Far Cry VR: Dive into Insanity, a free-roam VR experience developed in collaboration with Zero Latency and games industry heavy weight Ubisoft has also launched garnering much praise in the media and across social channels.
As a developer of content for first party headsets we expand as the install base grows and this growth has been exponential in the past twelve months with the release of the Oculus Quest 2 and will continue to increase as new headsets come to market, the PlayStation 5 next gen VR headset for example. nDreams are committed to providing the best content on current and next gen platforms to help ensure we are expanding into new markets and continue to grow in markets currently supported. Efforts in this area were recognised in 2020 with nDreams winning the prestigious Lloyds Bank National Business Award for Exporter of the Year. nDreams has had five years of strong revenue growth, with revenues now over £5m and is on track to more than double over the next two years. Its main consumer market is the US, but games are exported globally to worldwide VR consumer base, with strong sales in Europe and Asia. The company has seen rapid growth ahead of the rest of the VR market and is now 113 people and continues to grow.
Patrick and the senior leadership team at nDreams have defined a three-year strategy for the business with a clear vision of where the company is heading. The company is investing in the right areas in both the business, and in the industry in general, to meet this value. Proof of this comes in the form of the recent announcement that the studio will publish externally developed games alongside its own internally developed IP. nDreams is also committed to building their own talent pipeline at their studios by investing in talent through initiatives including a new nDreams Academy and the recruitment of a Learning & Development Manager. The goal is to not only invest in talent internally but to externally attract a more diverse workforce and give more people the opportunity to see games as a viable career choice.
Not only would becoming a CIC CreaTech One to Watch for 2021 help raise our profile to prospective employees as we’re confident they will value the recognition if we featured, it would demonstrate our continued growth and commitment in the field of immersive tech and VR.