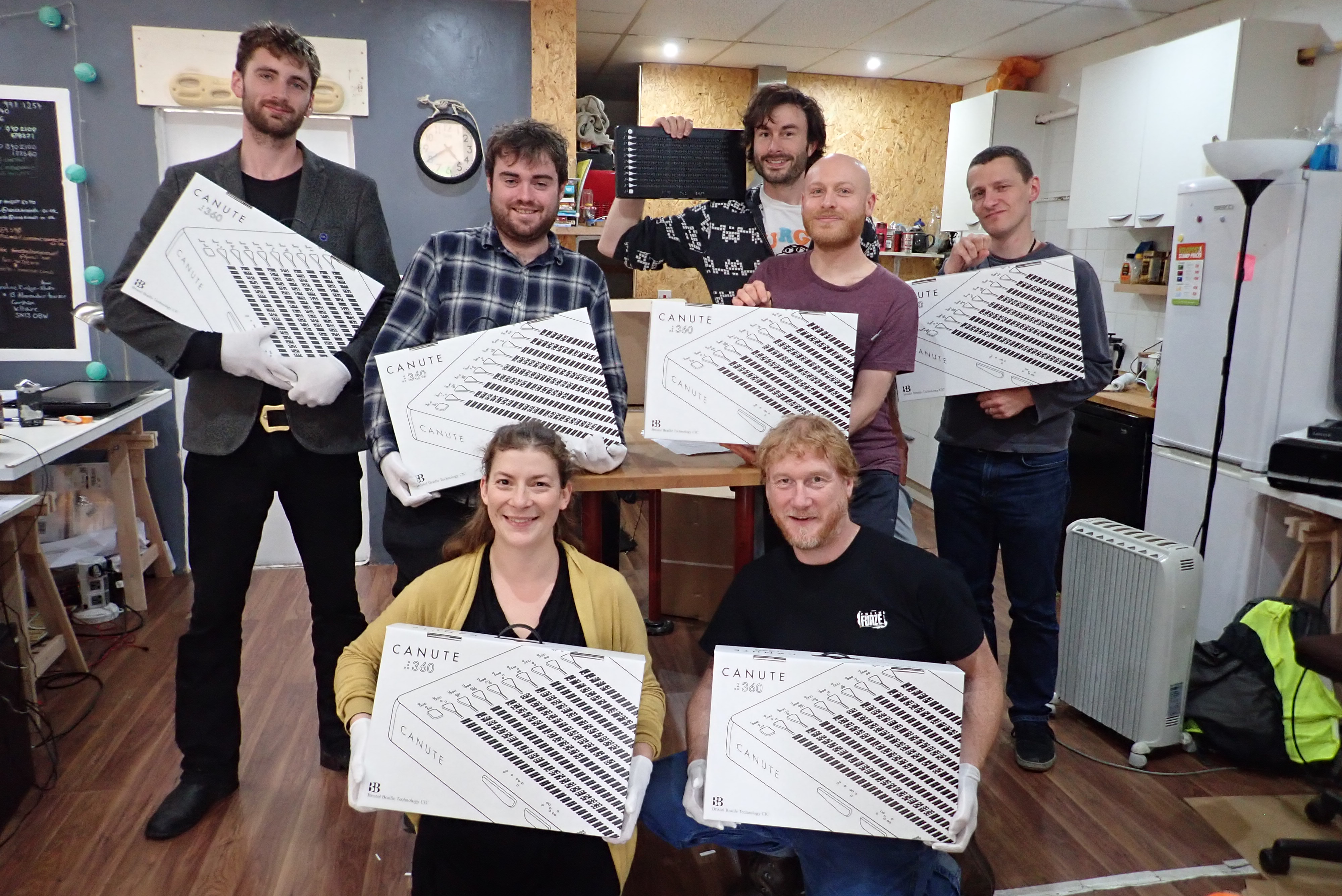 Canute 360 is a world first: A full suite of publishing software available as multiline electronic Braille, combining full-page digital Braille with the power of modern publishing platforms. Our mission is to revolutionise literacy, education and employment for blind people within the creative industries.

We are integrating Bristol Braille Technology's pre-existing Braille technology, Canute 360, with publishing software packages to create new products that supports blind people. We intend to do for digital Braille what desktop publishing and the laser printer did for the personal computer.

Digital Braille is equivalent to LCD displays. However blind people are stuck with single line piezo-electric displays and text-to-speech; almost useless for tables, graphs and diagrams and music. BBT has therefore developed the world's only commercialised multiline Braille display, Canute 360, manufactured in the UK. This is totally unique hardware of our own design: an electro-mechanical machine which simulates paper Braille, a Kindle for blind people.

By giving blind people unprecedented new abilities to access and work with publishing platforms for prose, music notation, diagrams and charts we are solving accessibility problems for blind people working in creative fields. This will give equality of access to new creative career paths to those blind people, as well as their families and employers.

The longer term ramifications of this invention are huge for blind people, and for the creative industries that will benefit from more blind people working within them.

Our competitors from Canada, Germany, India and Korea are only capable of doing one line, but still cost more than the Canute 360.

We launched Canute 360 just before the pandemic and immediately sold out of our first production run of 120 machines. Now, having restarted production after the second lock down, we are about to go back into continuous production and have once again sold out our next production run in advance.

Our next steps are the following innovations, pairing our technology with those of our parters in the Microsoft Office, Google Chrome OS and Amazon Kindle teams:

- *What You See Is What You Get ('WYSIWYG') word processing* has still not been made equitably available for blind people. We are displaying layout, styles and headings spacially, as they are in print, connected to Word/Google Docs.

- *Tables and spreadsheets.* Braille is well suited for designing and publishing tables, however there are no tools that can present tables spacially in digital Braille. We are designing dynamical tables in Braille from Excel/Google Sheets.

- *Graphs and Diagrams.* Currently almost entirely inaccessible to a blind people. Our unique approach allows designing and publishing graphs and diagrams that are equally readable to blind and sighted.

- *Musical scores and editing software.* A field where blind people often excel, but lack the kind of software available to sighted people, which we are developing with Dancing Dots.

There are 350,000 blind people in the UK, 39 million worldwide [WHO, 2014]. The number of Braille readers varies by country, between 5--20%. Our opportunity is to sell upwards of 1,800 Canutes per year. Commercialisation has already been planned with our network of distributors across the UK, USA, Canada, Ireland, Russia, UAE, India, Turkey, Hong Kong and Australia.

The Canute 360 has been a deeply personal project for our entire team. We are tight knit group of sighted and blind people --- including the support of over eight hundred members of the Braillists Foundation who have volunteered their expertise --- who have worked on this for the best part of a decade.

To be on the CIC CreaTech One to Watch list in 2021 would be a fantastic opportunity for us to be recognised outside our field. We hope to meet larger partners in manufacturing who can help us scale up and meet the demand. We have huge potential for capturing a global market and turning it into a British manufacturing success story. That is why we hope you will consider us for the CreaTech One to Watch 2021 list.