Figures from the BPI music label body estimate that the value of UK music exports rose 13.7% to a new high of £590.8m in 2021. Nearly 400 acts – from across the UK – accumulated more than 100m global audio streams each, and UK exports increased in every global region. More than 60 independent artists, supported by the Government-backed Music Export Growth Scheme, accumulated more than 20m streams each.

Physical and digital download sales, streams and other consumption of British music increased in every region globally, including in Europe (up 17.6%), North America (up 11.0%) and Asia (up 11.1%). Ten of the UK’s 20 biggest music export markets experienced double-digit percentage growth on the previous year, led by China with a 61.2% year-on-year increase.

While there were significant rises for territories where UK music has traditionally thrived, including the US (up 10.4%), Germany (up 31.3%), France (up 20.1%) and Canada (up 18.0%), the increasing importance of Latin America to UK music exports was highlighted by a rise of 12.7% overall. This included a 19.2% year-on-year increase in Mexico.

Last year, nearly 400 UK artists amassed over 100m audio streams worldwide, according to BPI analysis of streaming data from Luminate (formerly MRC Data). This compares with around 300 artists at this level in 2020. More than 600 UK artists achieved at least 50m audio streams, while over 1,500 surpassed 10m audio streams, generating significant annual income in addition to their earnings from other sources, such as live touring, physical and digital music sales, broadcast and public performance, merchandising and sync.

Some forecasters believe the global music industry could double revenues between 2021 and 2030, and if the UK matched global growth, its music exports could be worth £1bn by 2030.

However, industry leaders argue that the UK faces increased competition, and will need a supportive environment – including continued funding for support such as the export scheme – to maximise its sales potential.

Geoff Taylor, Chief Executive BPI, BRIT Awards & Mercury Prize, said: “These record-breaking figures once again highlight the extraordinary popularity of British music internationally. This is not just about our much-loved superstars, but new artists and bands from all over the UK who, with their label’s investment and expertise, are able to successfully navigate the competitive streaming landscape.

“Recent market estimates suggest the global recorded music industry could double in size by 2030, meaning there’s ample opportunity for more artists to achieve international success and for music to deliver for UK PLC.

"But continued success isn’t guaranteed, as competition increases from international markets, making it harder to cut through and putting pressure on our global market share. The Music Exports Growth Scheme provides vital funding to help independent labels and artists expand their businesses overseas, and with sustained support from Government, British music will continue to thrive all around the world.” 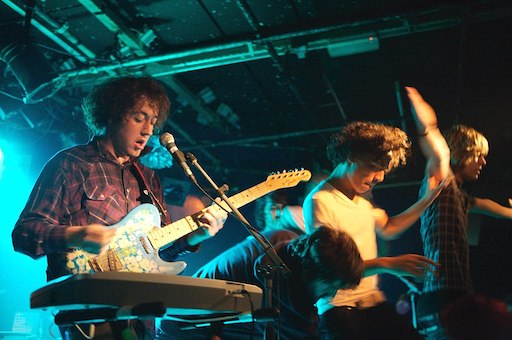