On the back of record venture capital investment into the space where UK creative and tech industries overlap, CreaTech at CogX 2021 provided a deep dive into this fast-growing and evolving category. The programme, co-curated with the Creative Industries Council (CIC), brought together decision-makers, entrepreneurs and leading organisations at the forefront of CreaTech.

Watch sessions in full on YouTube. Below are some key contributions from Day 3 of the three day, digitally-led hybrid festival. Read about Day 1 and Day 2.

Researchers from Nesta and the Creative Policy and Evidence Centre (PEC) discussed a report, funded by the Arts and Humanities Research Council, which explores the amount of publicly funded CreaTech R&D, the sectors and organisations involved in CreaTech, and the way in which CreaTech research and investment has evolved over time.

Research into CreaTech is accelerating, the report found. An analysis of the largest public research database, Gateway to Research, found that CreaTech represented 3.6% of total projects in 2020 - a 50% year-on-year increase.

In 2020, 40% of CreaTech research projects related to the challenges and opportunities of COVID-19.

Around the world in 1800 seconds
Hosted by Moore Kingston Smith, this panel featured finance experts from the UK, Hong Kong, US and South Africa discussing the current investment landscape for the tech and creative sectors. Panellists shared a largely positive outlook: a high volume of investment deals and large cash reserves are waiting to be invested.

They shared tips for founders in search of a cash injection:
● Prepare your elevator pitch and value proposition before you seek investment
● Be clear on why you need funding and how you'll deliver a return for investors
● Be brave and ask for the amount you’ll realistically need. If you're solving a big problem, the ask has to match the ambition


The value of STEAM: creativity and technology in the post-pandemic world
Sam Hunt, Programme Director of Festival UK* 2022, talked about this national endeavour, which will feature ten large-scale, public engagement projects showcasing the UK’s creativity and innovation to the world. The festival will be a catalyst for a much wider conversation around the role of creativity and the value of creative education.

‍Claire Doherty, Founder, Situations and Associate Creative Director of the National Theatre Wales, talked about one of the projects, Collective Cymru. Inspired by Wales’ ground-breaking Well-Being of Future Generations Act, the project brings together scientists, technologists and creatives with a shared purpose: radical inclusion.

Dr Anne-Marie Imafiddon, the founder of Stemettes, a non-profit with the mission to encourage girls to pursue careers in science, tech, engineering and maths, talked about the importance of creativity within STEM. Indeed, it is one of the organisation’s three guiding principles, alongside altruism and diversity.

‍
What will the Olympics look like in ten years' time? How esports and technology are changing the face of sport‍

Matt McCartney, Head of Immersive Technology, Sky, discussed Sky’s virtual reality app, which allows friends to watch movies together in VR and view matches in a virtual stadium, with a choice of camera angles.

Esports will never overtake traditional sports, agreed the panel - but we will see the two spheres converge. Physical sports will be played in virtual reality, while the experience of watching a sports game will be augmented with data and content overlays.

The panel started with a showreel of projects featured in CreativeXR, a programme helping creatives to bring immersive project ideas to reality and develop new business models, production methods, and distribution techniques.

Framestore’s Global Real-time Director Karl Woolley highlighted a prototype created by Bristol-based immersive theatre company Raucous, as a brilliant example of innovation seen in the programme. The ‘tabletop theatre experience’ was designed to be delivered to audiences via a physical package arriving by post to their homes, chatbot-powered text messages, augmented reality and binaural sound. Raucous are now developing the play for production in 2022.

‍Driscoll said publicly-funded programmes such as CreativeXR - which is run by Digital Catapult and Arts Council England - are valuable because they allow creatives to take greater risks, in a way that they cannot when working for clients or on other privately-funded projects. Woolley agreed, saying: “You learn so much more by doing something than by hypothesising about it”.

How Epic Games takes us from Real to Unreal

Sallyann Houghton, Business Development, Fashion Industry/M&E, Unreal Games, shared how she made the move from TV production to content creation studio, The Mill, where she worked on AR & VR projects for the beauty and luxury sector. It was here that she discovered the power of Unreal Engine, owned by Epic Games. Game engines such as Unreal Engine are used to create high-fidelity 3D worlds in real-time, which players can interact with.

“It became clear that game engine technology as an augmented layer on top of our own world or as a fully immersive space had the capability to create valuable experiences - and in many ways was limitless,” she said.

Games engines are enabling the next stage of the internet: the Metaverse. This is  a 3D version of the internet: a digital version of the real world,  operated by a wide range of contributors. Fortnite, which is also owned by Epic Games,  is an early incarnation of the Metaverse - both a game and a social space for its 350 million players, where you can watch a film, listen to live music or buy a new ‘skin’ for your avatar.

Unreal Engine has now been adopted by other industries within the creative sector, including film, TV and architecture - and beyond. For example, it’s now widely used as a 3D creation  tool in the automotive industry for  design, sales and marketing.

Watch any of the sessions in full on this YouTube playlist.

Ones to Watch 2021 celebrates growth and export minded CreaTech businesses

Ones to Watch pioneers to feature in London Tech Week platform 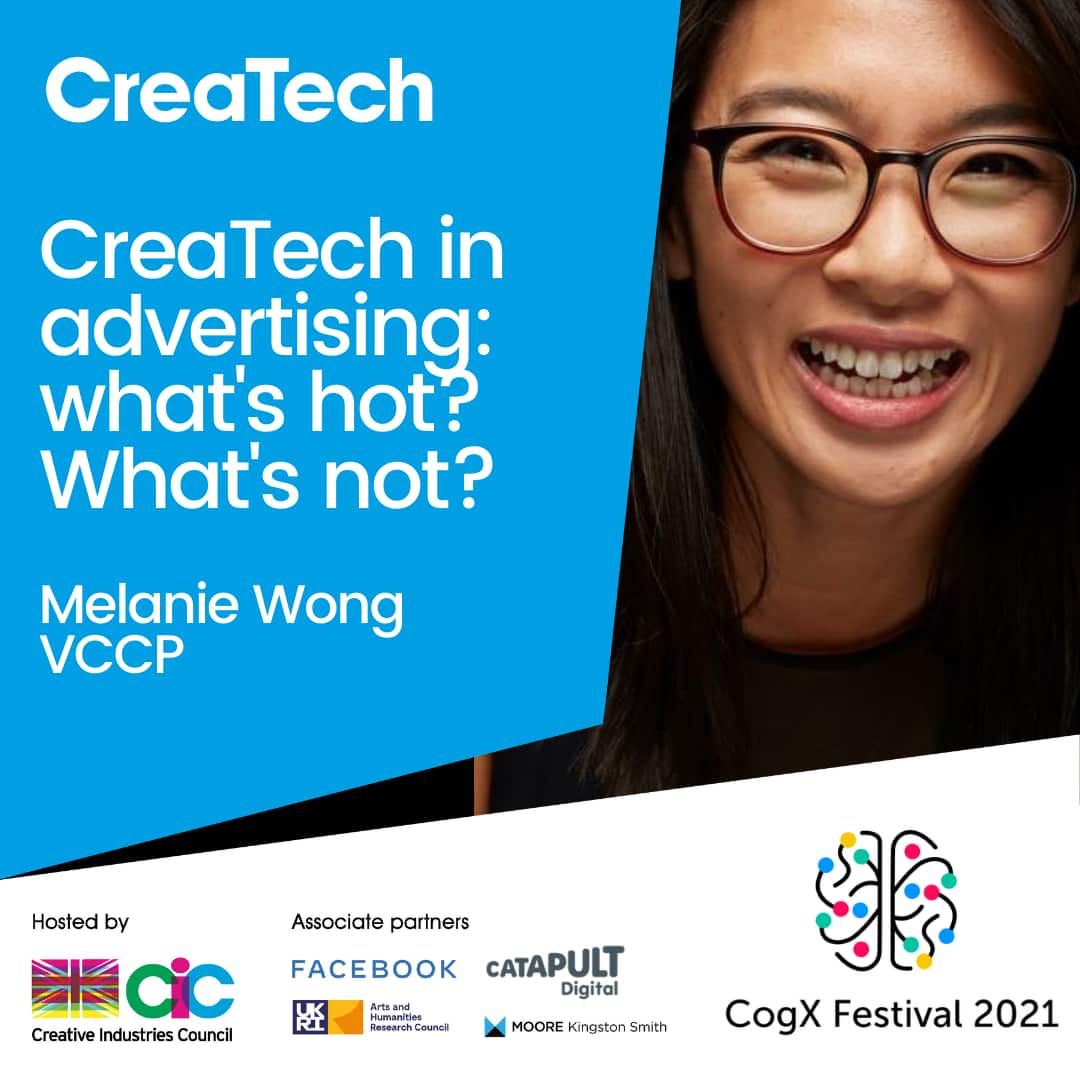 Selected contributions from Day 2 of CreaTech at CogX 2021 Festival